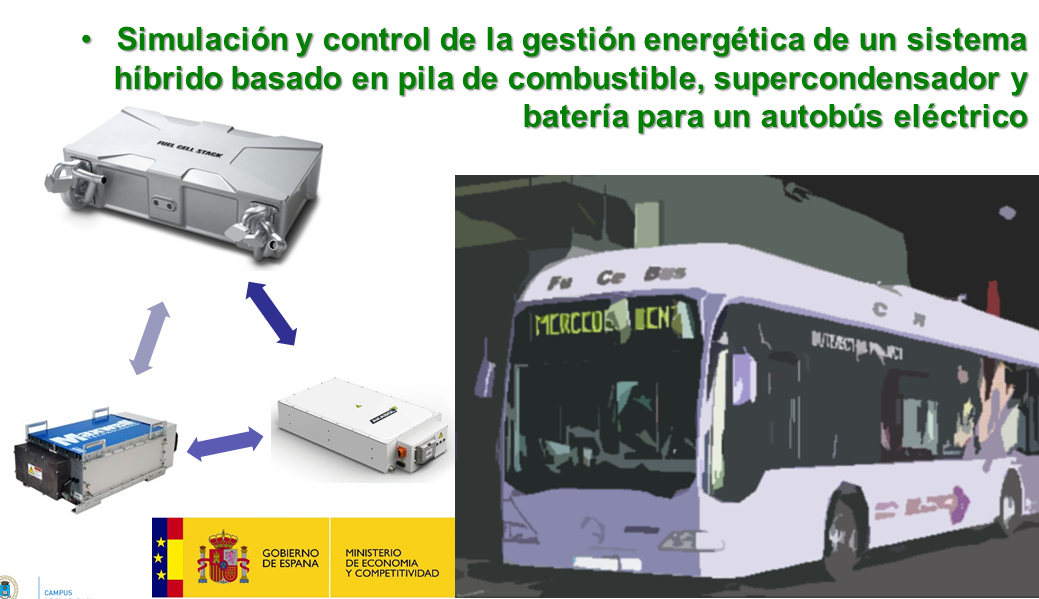 SIMULATION AND CONTROL OF ENERGY MANAGEMENT OF A FUEL CELL/SUPERCAPACITOR/BATTERY POWER SOURCE FOR ELECTRIC BUS.

Buses are the most flexible and user proximity to all public transport alternatives, also presents operating costs and lower investment in infrastructure than metro or tram, regarding the latter presents a lower index of occupation of public space surface.

Electricity is the energy vector most efficient and able to come from renewable energy source; dependence on oil has become a factor of economic and political instability and, in turn, in an environmental problem. Moreover, the electric motors show very superior performance than internal combustion engines and also are silent, non-polluting and are better for traction. Considering these aspects and the ability to recover energy during braking, demonstrate the usability of electric buses, however, the mass and dimensions of the vehicle, together with the conditions of use thereof, are parameters that determine the characteristics of the components.

This project presents an energy management method in an electrical hybrid power source for electric bus. This electrical hybrid power source is composed of a fuel cell system as the main source and two energy storage sources, a bank of supercapacitors and a bank of batteries, as the auxiliary source. With this hybridization, the volume and mass of the electrical hybrid power source can be reduced, because the high energy density of battery and high power density of supercapacitor are utilized. In the proposed control strategy, the fuel cell is used to manage the energy between the main (lesser extent) and the auxiliary sources, and the fuel cell is employed to share the power flow in the energy storage sources between the supercapacitors and the batteries. The power sharing depends on the load power, bus auxiliaries and the state of charge of the supercapacitors and the batteries. Models of the different components will be developed (fuel cell, battery and supercapacitor) as well as vehicle and auxilliary model and driver model. In this way, you can get a valuable simulation tool that also serve to compare each other, in effective way, different types of technology, deciding to which is most suitable for installation in a vehicle.The control strategy will be defined and the main property of this strategy is that the energy management in the power source is carried out with a control algorithm in the different operating modes, in order to get the maximun efficiency. An electrical hybrid power source test bench has been assembled and equipped with a real-time system controller based on HILs. The experimental results validate the efficiency of the proposed control strategy 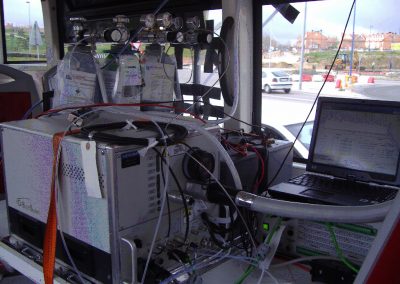 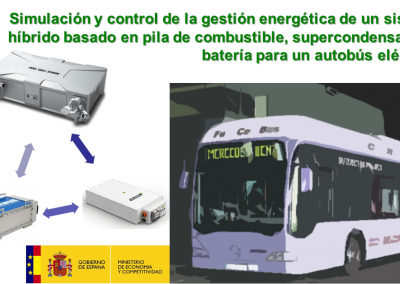